Get fresh music recommendations delivered to your inbox every Friday.

by The Imaginary Suitcase 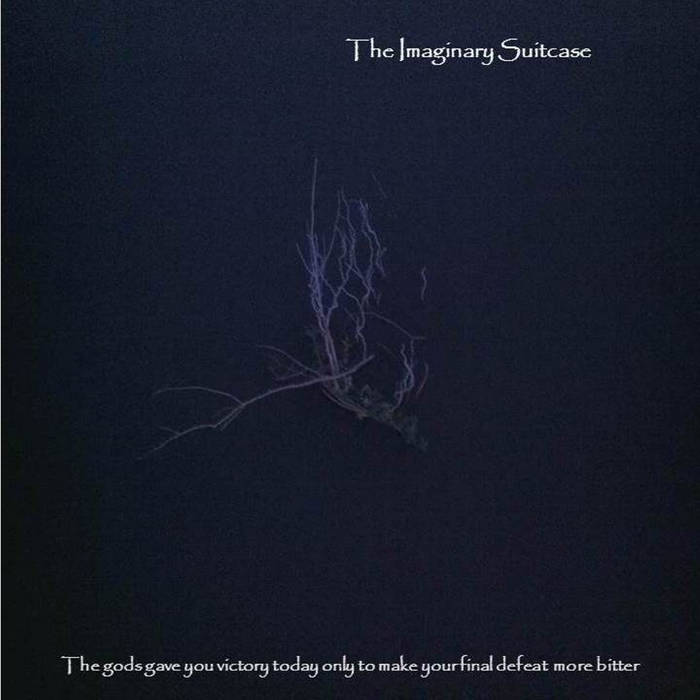 The title comes from the reply a Roman general allegedly gave to Celt warriors bragging about having heavily defeated the Romans in a previous battle.

This album was everything but easy to bring to life. I won't spill the beans, but let's say 2019 & 20 have been "annis horribile" (not sure this plural of "annus horribilis" is correct, let me know if not).

What doesn't kill you makes you stronger, it is said. Not sure about that though. Ordeal after ordeal after ordeal will maybe not kill you, but may leave you exhausted, drained, with some serious shellshock, running on empty emotional batteries.

Those who followed the previous episodes know my songs were most often loosely inspired by events in my personal life, though always through a lens of irony and detachment. Not this time. These ones are not "freely adapted from" or "inspired by".

"The gods..." is me, Laurent, where I stood in november-december 2020. To hell with masks, manners or irony buffer.

This album is edgy, uncomfortable and I made no effort to make your listening experience comfortable. It is rough around the edges, and technically far from flawless. This is all deliberate. Deal with it or go listen to Mumford & Sons.

Bandcamp Daily  your guide to the world of Bandcamp

Lance Skiiiwalker joins the show to discuss his most recent releases